Tags for this page:

Shortly after starting this blog I bought a new smartphone with an in-camera HDR feature.  Not aware of this feature at the time of purchase, it didn't factor into my purchasing decision and was certainly not why I bought the phone -- that was the cool case options, the clever marketing, and the superb extra software that Verizon installs on all of its phones!  Any apps that start with "vz" and ends with "you can't uninstall this" are winners in my book... but I digress.  So my point being that the in-camera HDR was a real surprise and a meaningful bonus for an HDR enthusiast such as myself.  For reference, the phone is the Motorola Droid Maxx, and all kidding aside I like the thing.  It's got the Motorola X8 processor layout that dedicates a couple cores to useful things like always-on voice recognition and persistent time travel.  This latter feature allows the device to exist in both the present and past simultaneously.  I'm not sure this was the intention of Motorola or Google, but it certainly explains how this little miracle of modern science and subsidized mobile contracts managed to cost only $300 whilst inspiring both Brian Johnson's "You Shook Me All Night Long" and James Cameron's "The Terminator".  Anyway, back to the camera and its HDR abilities.
So, the main camera (not the shitty front-facer) is a 10MP dish that takes pretty mediocre photos generally.  With mid-range lighting shots look OK in web-friendly viewing sizes, but at full resolution they appear grainy with lots of artifacts between color regions.  In lower light and mixed light situations shots seems to get noticeably more grainy and prone to shake.  So here's where the HDR feature comes in handy - in static situations where lighting is low, the HDR algorithm seems to do a good job of pulling color back out of the shadows and into the shot.  Unfortunately, that color tends to be saturated as all get-out, which, as it turns out isn't just the AMOLED screen on the phone - it's actually a characteristic of the image and remains saturated across displays.
Below are some examples with non-hdr first, followed by hdr:
Some spinny wind-catcher thingamabobs in the back yard (mid/late afternoon daylight): 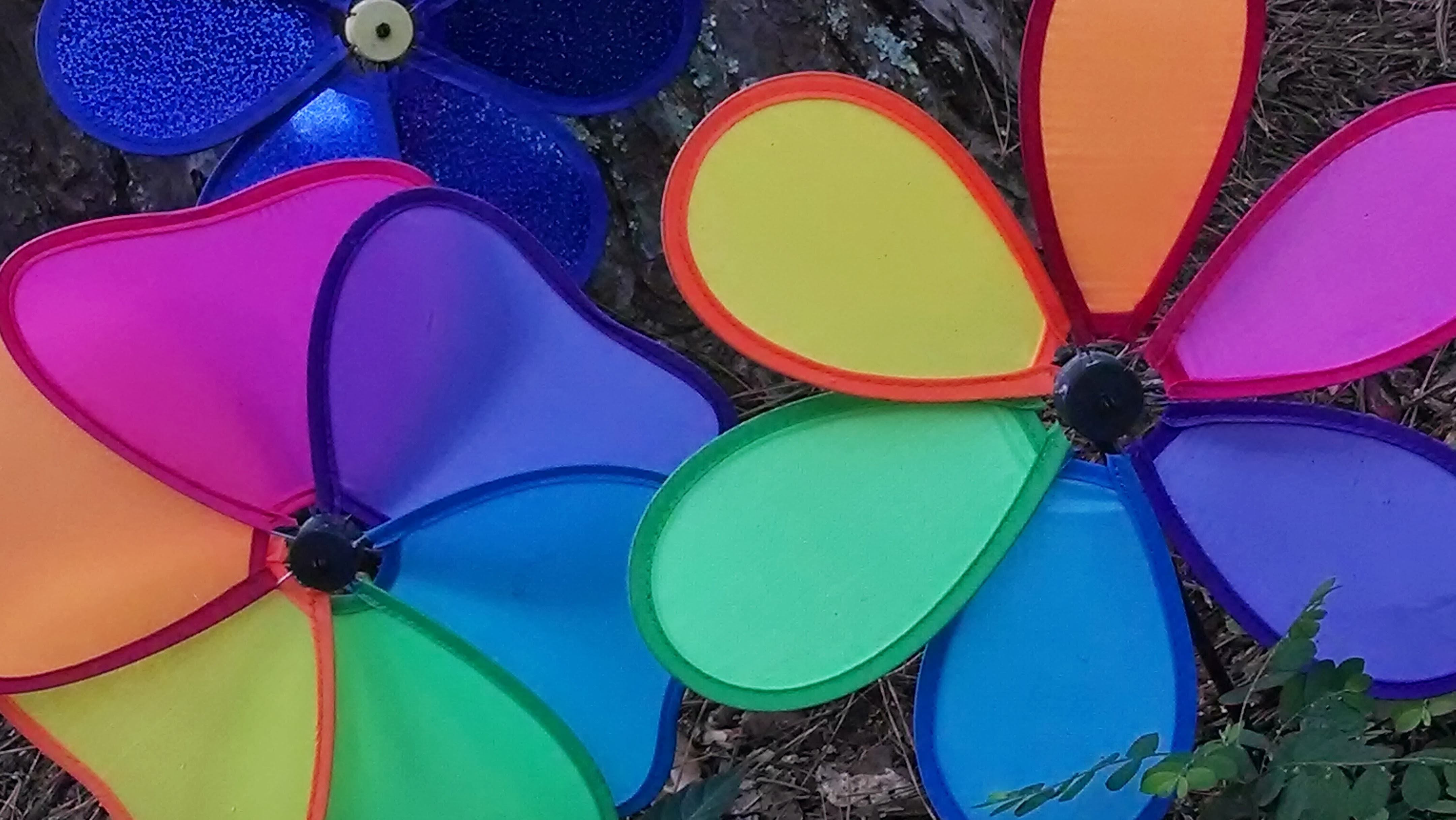 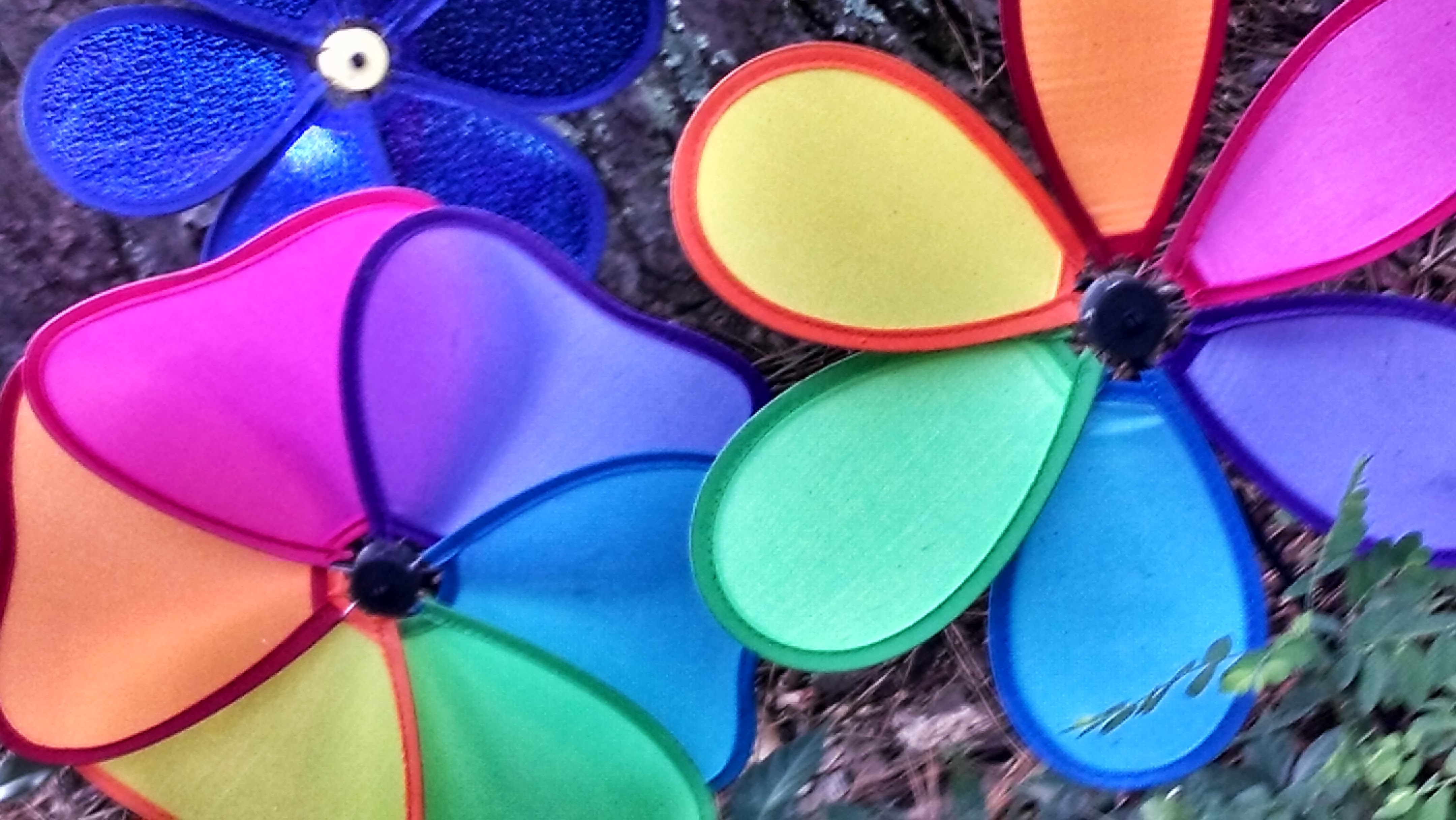 Sunrise over my house: 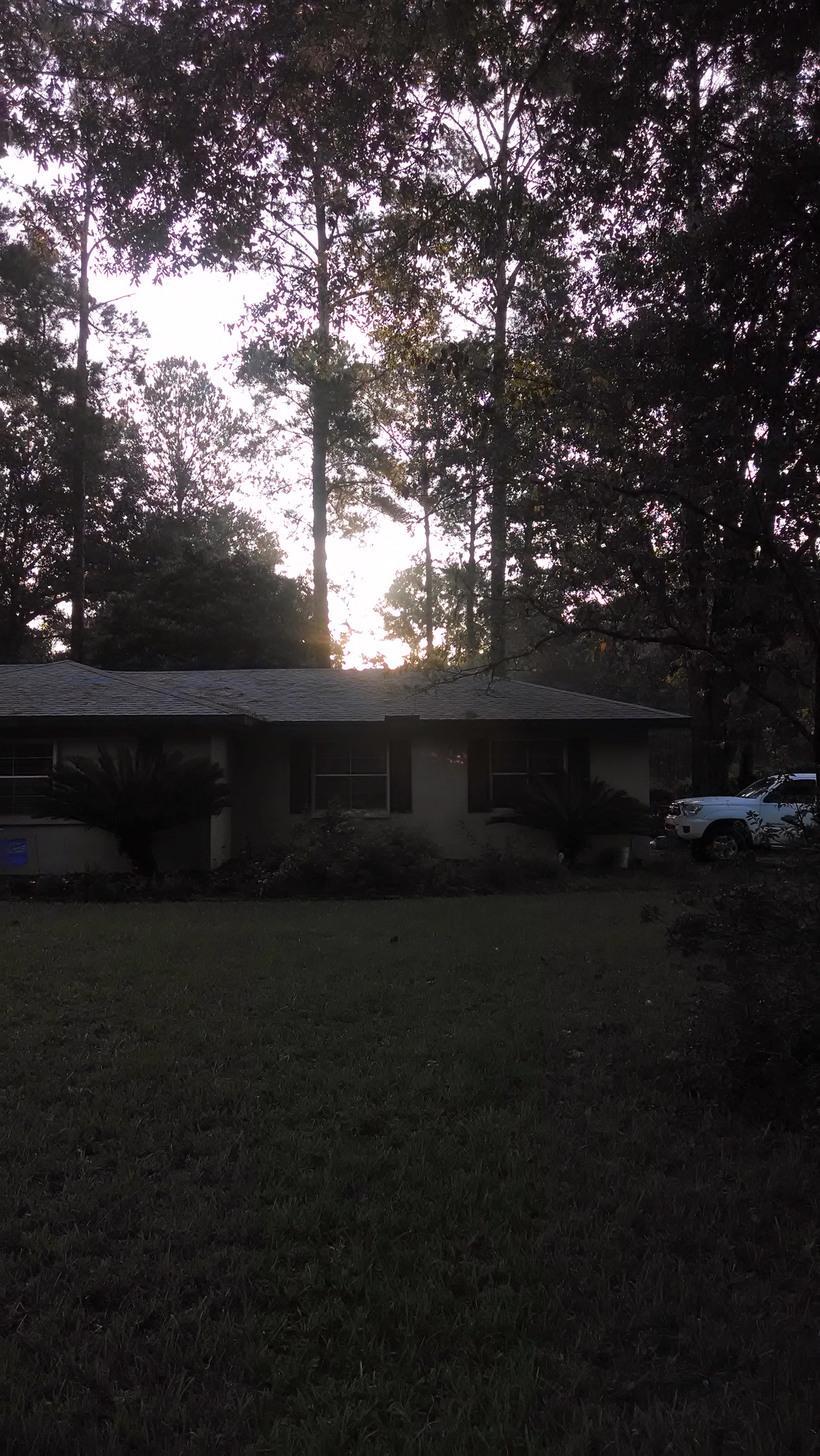 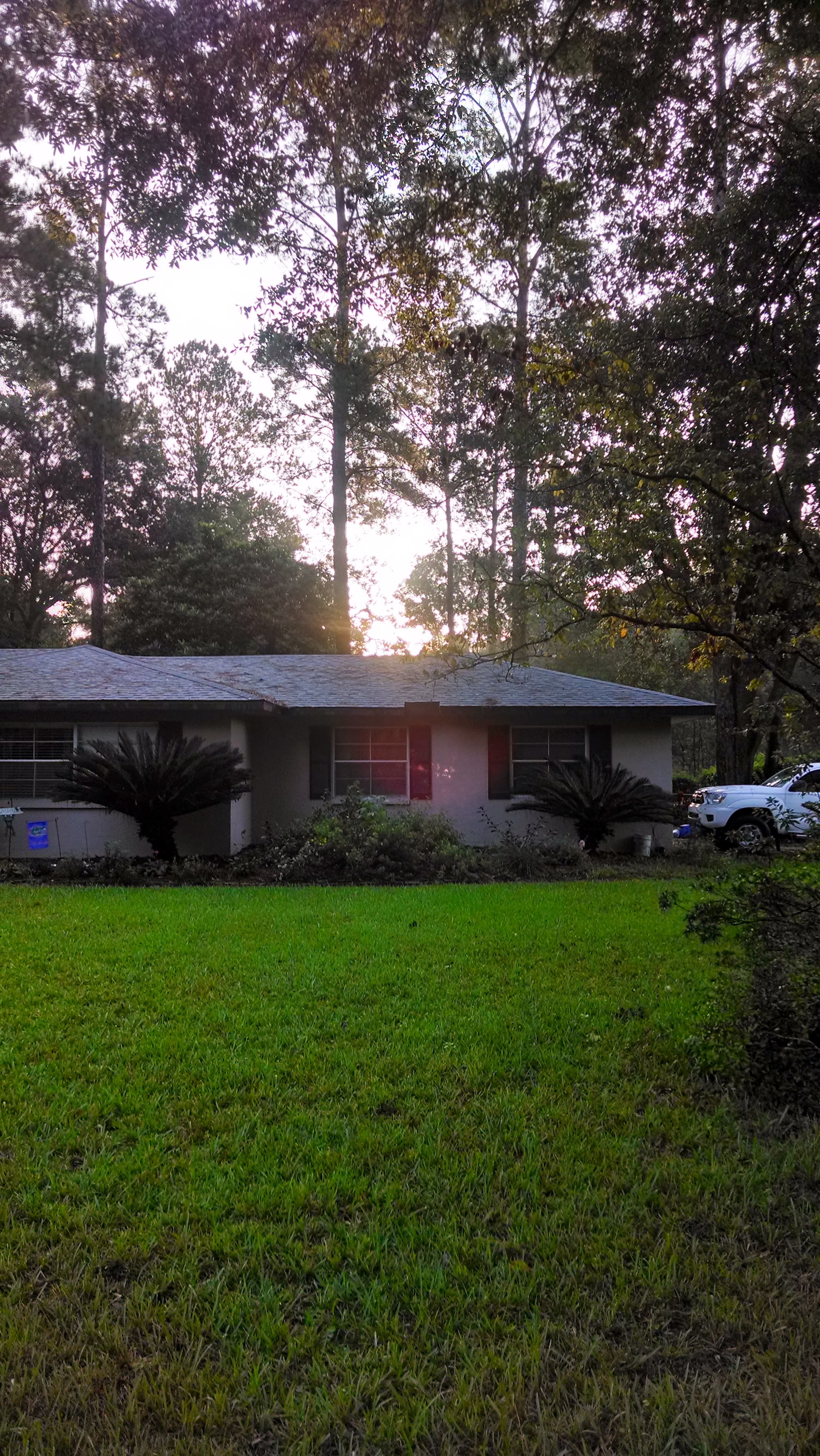 Sunrise through the trees at a park near my house.  My son happily added himself to the HDR shot.  The saturation of his shirt is off the charts.  My phone may have used the design on his shirt to go back in time and inspire Jim Henson's creation of the Fraggles. 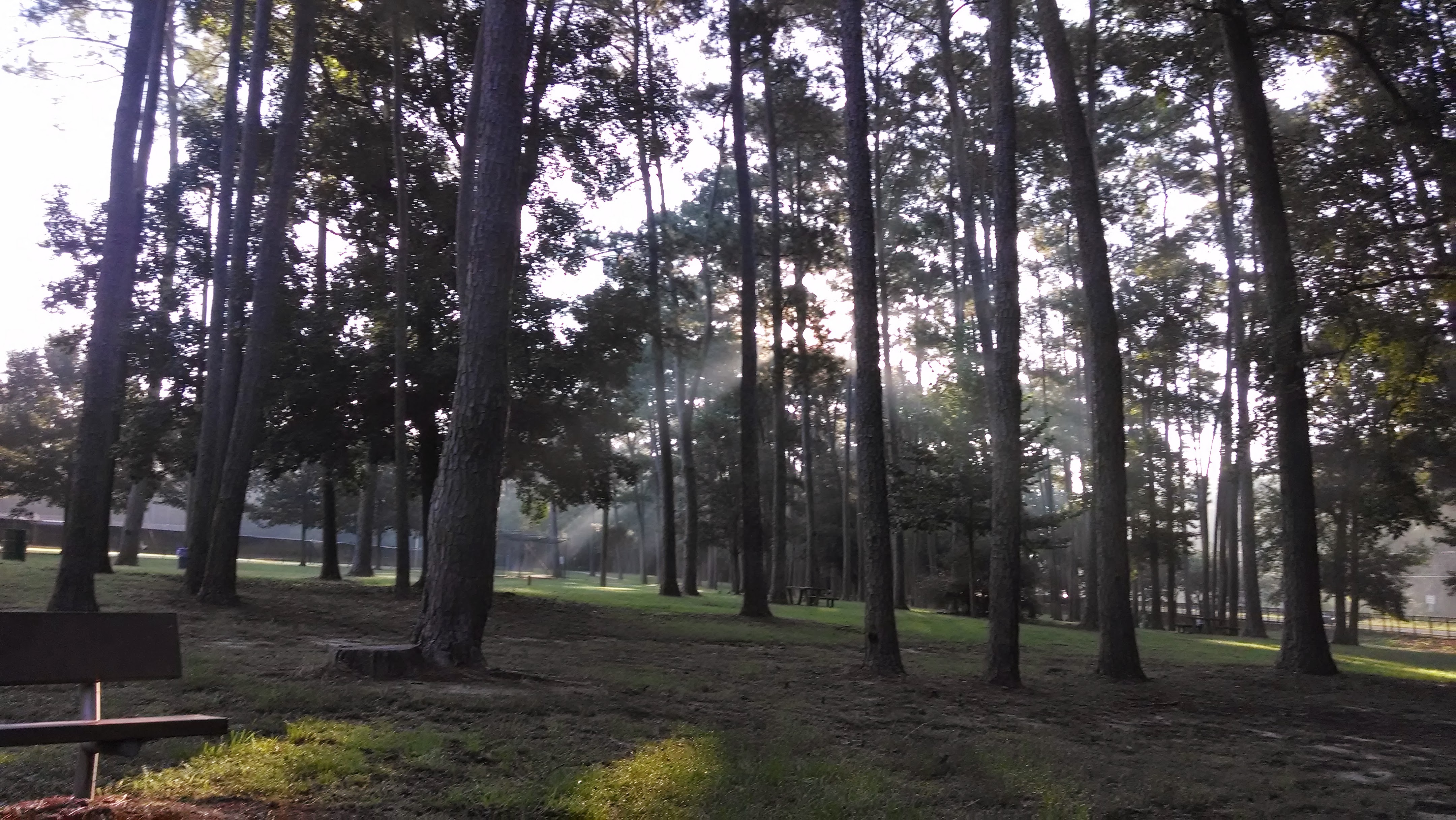 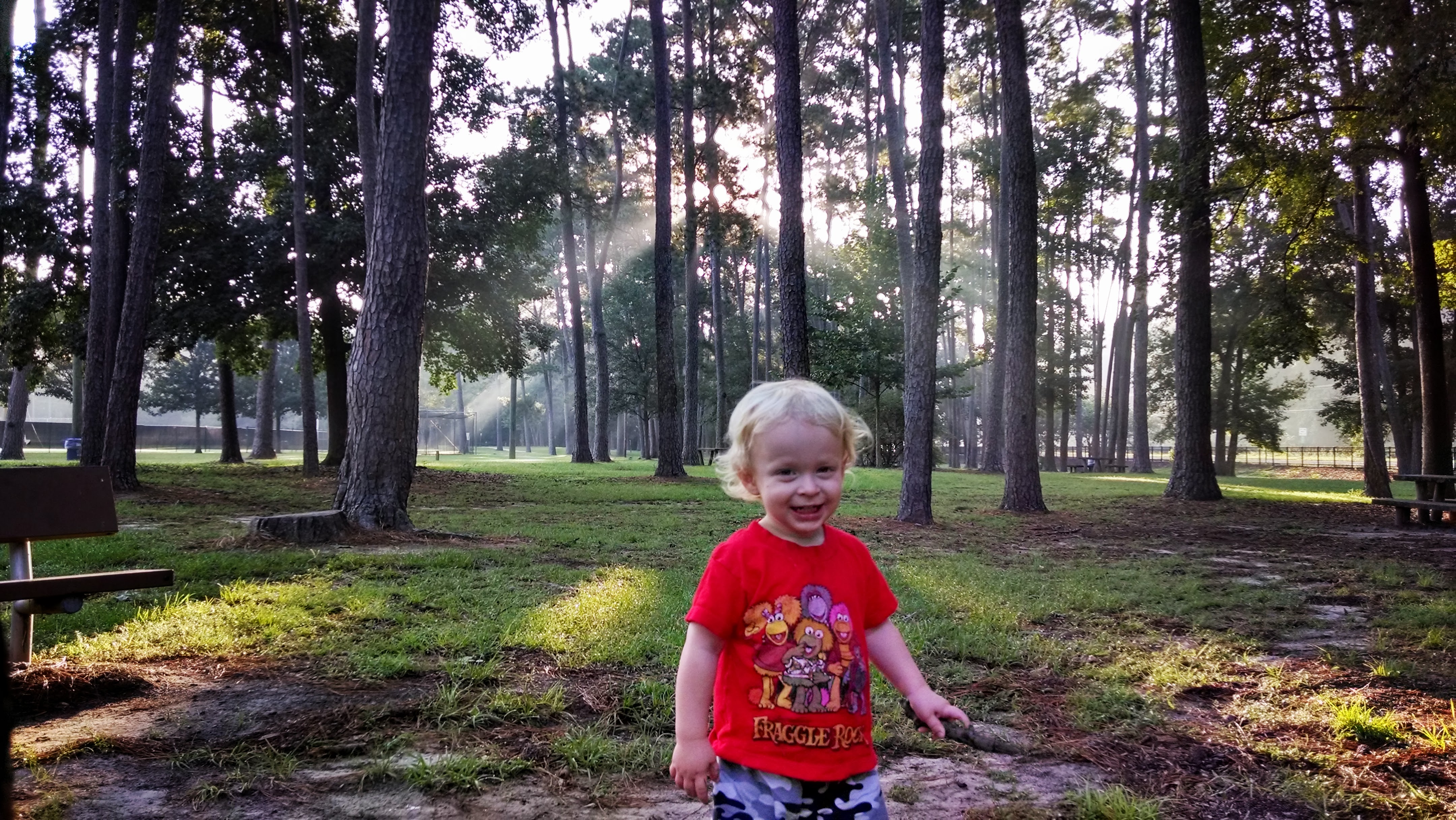 All of these examples are too small to really see the detail problems I've described upon zooming to full resolution.  However, I think they all demonstrate the effect that the camera's HDR setting has on lighting and colors.  Generally, I think the HDR feature is helpful in the lower light situations.  I've taken to leaving it turned on all the time, and this seems to work well with the Moto X8's dedicated color saturation core.

My only complaint is that aside from the over-saturation of colors, this HDR algorithm is too subtle and restrained.  It produces a normal, if punchy, image that lacks the "Helloooooo, I'm down here in the HDR hole" effect that I crave.